Donella Meadows suggested the concept of Leverage Points (Norwegian: Inflytelsespunkter). Leverage points are places in a system where one can efficiently influence the system. The ZIP-analysis and the impact and threshold analyses cover some but not all of this. It is recommended to do a leverage point investigation of systems. in increasing order of effectiveness

11. The sizes of buffers and other stabilizing stocks, relative to their flows.

10. The structure of material stocks and flows (such as transport networks, population age structures).

9. The lengths of delays, relative to the rate of system change.

8. The strength of negative feedback loops, relative to the impacts they are trying to correct against.

6. The structure of information flows (who does and does not have access to information).

5. The rules of the system (such as incentives, punishments, constraints).

4. The power to add, change, evolve, or self-organize system structure.

3. The goals of the system.

2. The mindset or paradigm out of which the system — its goals, structure, rules, delays, parameters — arises.

1. The power to transcend paradigms.

Donella Meadows: Places to intervene in a system

Video narrated and illustrated by David Macaulay (of “How Things Work”) in collaboration with Linda Booth Sweeney and the Donella Meadows Institute, is part of an online learning module for young change-makers who want to understand systems and change them. 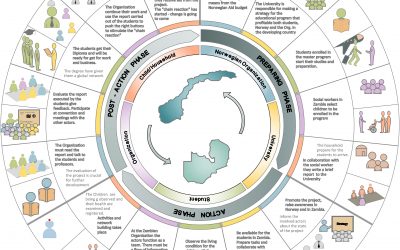 All systems are dynamic, and static network diagrams have one big drawback: they do not describe the dynamics of the system properly. Therefore, timelines are needed as a central part of gigamapping. This article presents some timelines and scenarios. There is a... 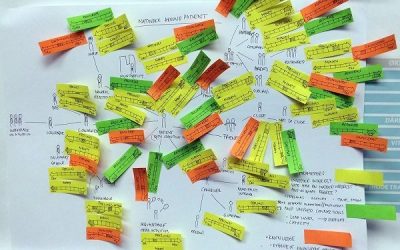 Gigamaps are rich and dense information representations. To work with such semi-organised complexities and develop the ideas within and to work with the interventions or innovations derived from the ZIP-analysis and the creative process, we must use a series of... 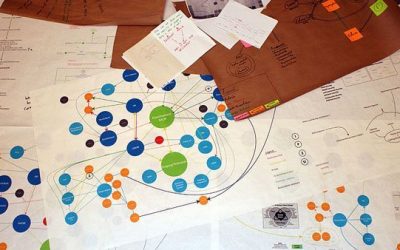